Just over three years ago, our family of four loaded up our Scamp trailer for the first time in an early-season (and slightly cold) one-night getaway to Red Feather Lakes, Colorado. Outside of our three year-old falling out of the top bunk (more on that later), it was the start of many magical nights in the wilderness. In this post, I’m going to share some of my lessons learned in three years as a Scamp owner.

But first: what’s a Scamp? 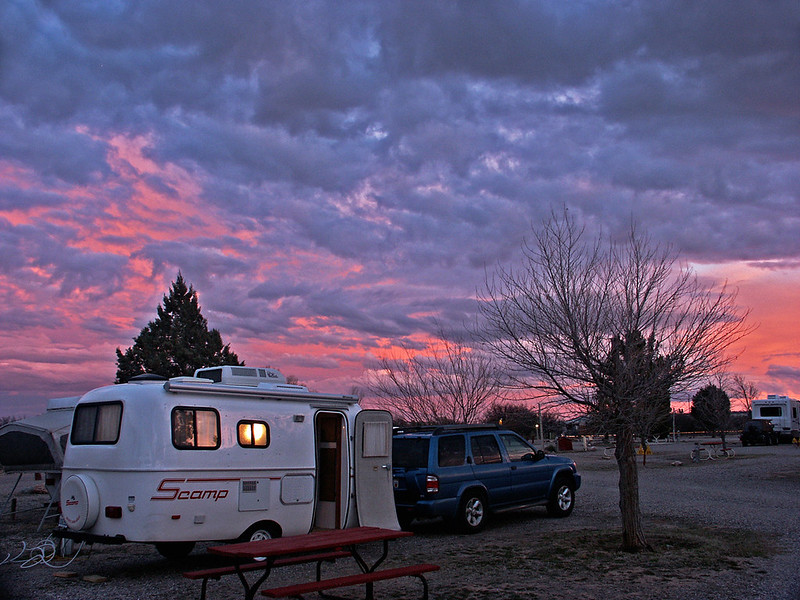 Scamp is one one several fiberglass, light-weight camper manufacturers that also includes Casita and Escape.

Like a first-time driver stopping for 30 seconds at an empty intersection, I was safety-conscience as a novice trailer driver. There are two primary concerns with towing a trailer:

There are few things more terrifying than watching video clips of a swaying trailer. Trailer sway is most frequently caused by an improperly loaded trailer (usually significantly more weight in the back of the trailer versus the front). It can also be caused by a strong crosswind, a passing semi-truck or a quick maneuver (avoiding a road obstacle or experiencing a blown tire).

It’s fairly easy to have an unbalanced load with the Scamp as the water tank is in the rear of the trailer. One gallon of water weights 8.345 pounds, so fully loading the 12 gallon tank adds 100 pounds to the rear of the trailer. Once while heading down the summit of Cameron Pass with a full water tank and three adult mountain bikes attached to the trailer hitch (likely adding 150 pounds), I looked in my rear-view window and noticed the trailer swaying. This was not the best feeling. I lifted my foot from the accelerator and the trailer corrected itself.

Since then I’ve done the following and have not encountered trailer sway:

There’s some debate on the need for electric brakes due to the low weight of the Scamp. However, I erred on the side of safety and ordered electric breaks with our trailer. While I do allow more distance than normal, it’s hard to notice the Scamp when coming to a stop with electric breaks on the trailer.

As a human I’m no stranger to contradicting myself. While being safety-conscience, rolling along on lonely Wyoming freeways at 65-70 mph with a chorus of “are we there yet” from the back seat can feel slow. Our Scamp comes with L-speed rated tires, which means a top sustained speed of 75 mph under load.

When we’re due for tires, I’ll look into M-rated tires with a max speed of 81 mph. This would give a bit more breathing room to travel around 70 mph.

The Scamp comes with a Dometic Refridgerator with three-way power (AC, DC and LP Gas). Initially the fridge was an exciting addition to our camping life, but my enthusiasm waned over time:

To alleviate the first issue, I’ve installed child-proof locks on the fridge that I set when we travel. Since these were installed the fridge has always remained closed during travel.

For the second issue, I purchased a Lifetime 28-quart cooler. This cooler performs well against its higher-priced competition. Ice easily lasts for three days and it maintains a cooler temperature than the fridge. I now only put spill-proof containers in the camper fridge and everything else in the cooler. 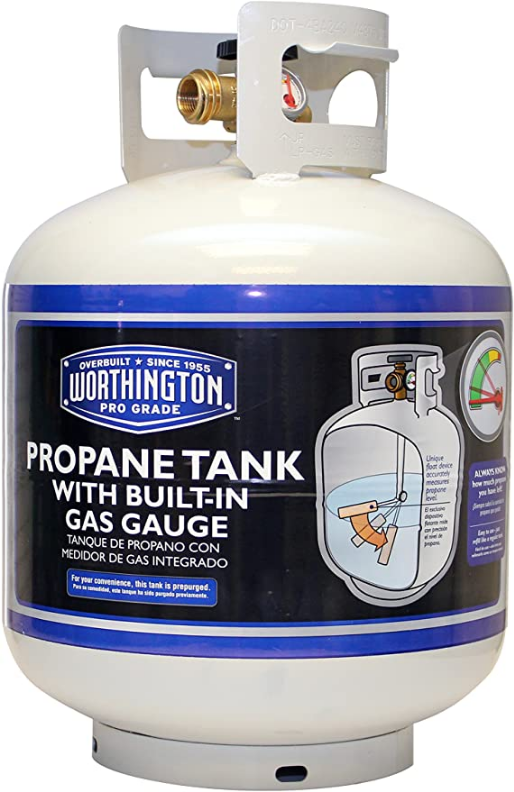 Running out of propane - which is used as fuel for the fridge and furnance - can be painful. The 16’ Scamp comes with a single propane tank, so there is no backup. Additionally, removing the tank to check the remaing fuel by weighing the tank is fairly cumbersome. To make it easier to check our fuel tank at-a-glance, I use a propane tank with a built-in fuel guage.

After being frustrated with some cheap expandable plastic shelves, I decided to build my own for the cabinets over the fridge and side dinette. I used some screws as legs and particle board for the shelving. These have been very solid.

After both the fridge and under-the sink drawers opened during travel, I added child-proof appliance latches. Both of these have stayed closed since the addition of the latches.

We do most of our cooking outdoors and purchased a Camp Chef Everest 2 Burner Stove. This is a solid stove that puts out more heat than at at-home gas range.

Having a single towel that can make it through a round of dishes and dry quickly for the nice meal saves space. This REI Co-op Multi Towel does the trick for us.

I’m a level below a coffee snob and have been pleasantly suprised the quaility of Starbucks VIA instant coffee packets.

These lightweight insulated mugs have kept our coffee warm.

Our Scamp is stored in the driveway. To protect it from the elements I purchased a cover from CalMark. It’s pricer than a standard cover but it should last longer.

All of the sleeping locations within our Scamp are multipurpose, functioning both as sitting areas and converting into beds at night. The foam in the seat cushions is fairly dense for a side-sleeper like myself. I’m investigating two options for a more comfortable sleep:

While our Scamp comes with a bunk bed, it lacks a railing on the top bunk. I’m in the middle of working on using some dowel rods and two copper plumbing elbows.

Everyone in our family is happier and ready to camp longer after a fresh shower. In the future I’ll be investigating options for an outdoor shower.

With just a couple of exceptions, we eat our meals outside. However, all of our dining accessories are stored inside the Scamp. It’s a pain going in-and-out to retrieve these utensils. I’m thinking about building a set of cargo drawers that can be installed in the rear of our SUV. These would store our plates, bowls, silverware, sunscreen, and other small items we primarily use outside.

Our tiny Scamp has been my favorite family adventure purchase over the last several years. Easy to tow, a space-optimized layout, and the right level of comforts to make the outdoors a smoother experience for everyone.